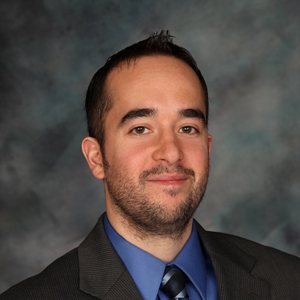 Robert Ferringo is one of the lead writers for Doc's Sports. He has been a writer with Doc's since 2004 and is regarded as one of the top talents in the industry both for his entertaining and informative content as well as for his unique handicapping style. A former New York sports reporter, Robert has written for and been cited in work with ESPN.com, GQ, Southern Gaming, several other national publications and well-respected industry publications, and dozens of other online outlets. Robert is also a member of the Football Writers Association of America as well as the Basketball Writers Association of America.

Looks like we’re going muddin’. Rain and thunderstorms are in the forecast in Lexington, Kentucky, on Friday and Saturday. That means that the track at Churchill Downs, home of the Kentucky Derby, should be a sloppy, muddy mess by the time the 20-horse field finds the post Saturday evening.

The post draw for The Most Exciting Two Minutes in Sports was held on Monday, and now the field for the 148th Kentucky Derby is set. The race will commence at 6:57 p.m. on Saturday, May 7 at Churchill Downs and can be watched on NBC. Despite the lack of historical success from this post, favorites have been the play at Churchill Downs over the past eight years.

Let me tell you what is going to happen this weekend in the NCAA tournament. First, there is going to be some blowouts. I know that a lot of people are trying to talk themselves into some mid- and low-major teams. But several of the top tier squads that are high seeds are going to absolutely obliterate their overmatched opponents.

Star power is the name of the game in the Midwest Region. We’ve seen superstar players singlehandedly carry their teams through amazing March runs in past NCAA Tournaments. And if you are looking for guys that can achieve that feat over the next two weeks, then peruse the heartland.

The West is the Land of Broken Dreams. How many have pushed west toward their manifest destiny only to have their hopes crushed into oblivion? Yet the lure of “the west”, the land of the future, remains powerful. And the West Region will serve as a staging ground of utter heartbreak again over the next two weeks.

It happens every year. Every year, despite the NCAA Tournament Selection Committee’s best attempt, there is always an imbalance somewhere in the field of 68. There always ends up being one region that is softer than the others and one that is an absolute gauntlet.

Props and shots. Look, Super Bowl Sunday is the holiest day on the American sports calendar. It’s not even a sporting event anymore. It’s a celebration. It’s a celebration of Capitalism and consumerism. It’s a festival of greed and avarice. It’s a ceremony of greed and violence. To deny or ignore the animalistic foundation of this sport, professional football, and its hold on the American psyche, is a rejection of the most base and gruesome aspects of human nature itself.

I think it is fitting that Fate and the Football Gods have bestowed upon us the Cincinnati Bengals versus the Los Angeles Rams in this year’s Super Bowl. It is a bizarre ending to what has been a somewhat bizarre season. And you have to ask yourself, which is the crazier storyline about to be written: Matthew Stafford winning a Super Bowl or the Cincinnati Bengals winning the Super Bowl?

I think it is pretty obvious what the best bet in this year’s Super Bowl is. This wager is pretty much a lock and is one of the easiest bets you should make – in any sport – this year. It’s pretty much guaranteed profit for anyone smart enough and bold enough to play it. The wager: the Super Bowl coin toss.

Welcome to Week 18. This is the first Week 18 in NFL history. It’s being dubbed and advertised as the “season finale”. That’s cute. But it is also telling. Because like most television shows, there are always some unexpected twists and turns in the final episode of the season. That is actually important to remember as we put a wrap on the season.

This is the first season in which the NFL will play 17 games. However, right now, with COVID absolutely ravaging the sports world (and the real world, for that matter), I think everyone in professional football – from players to coaches to owners to fans to bettors – just wants this season to end as quickly as possible.

Well, this is a mess. The next three weeks of the NFL regular season are going to be a debacle. COVID is wreaking havoc across the country (again). And if the last week is any indication, the NFL decision makers are ill-equipped to handle it.

Sometimes in life, being successful doesn’t mean seizing the moment or claiming victory because of your amazing talent. No, sometimes being successful is the direct result of simply not being a screw-up. Simply not making unforced errors and just not messing up is actually a pretty valuable skill in life. And in the NFL, that is the difference between cashing tickets and breaking bankrolls.

Bill Belichick is the greatest coach in the history of North American team sports. That’s not meant to be a “hot take” or anything. There might be someone out there that would make an argument against my statement. But that argument would be wrong.

I’m not sure when it happened, how it happened, or why it happened, but home field advantage no longer exists in NFL football. So far this season, NFL home teams are a putrid 89-90-1 straight up and 78-102 against the spread. That means that blindly betting on NFL road teams has produced a 57 percent winning mark so far this year.

I want to start this week’s Power Rankings with some house cleaning. This week all the handicappers at Doc’s Sports will be releasing their football picks on Wednesday to accommodate the Thanksgiving holiday. Like normal, that one release will include all college and NFL selections for the entire weekend.

Every NFL season is unique. The same can be said for the NFL betting season. Every year there is a betting trend that usually presents itself as kind of a through line or subplot to the pro football betting season. Sometimes home underdogs crush it. Some years it is NFC teams over AFC teams. Things like that crop up from time to time, the public gets ahold of it, and then everyone starts banging the books with the same picks each week.

One of the biggest themes of last week was the confirmation and verification of a gambling truism: always bet on teams that lose a star player. We see this all the time across all sports. When a team loses a star player to trade, injury, suspension, or some other malady, you always want to bet on those teams in their next game. It is counterintuitive. But it is effective.

There is no stopping progress. As I’ve gotten older, I expected to get more cynical. Instead, I think I’ve become more optimistic. That’s been due in part to seeing that history bends toward what is right and what should be. There are always fits and starts. But eventually things find their level and inch closer to What Should Be.