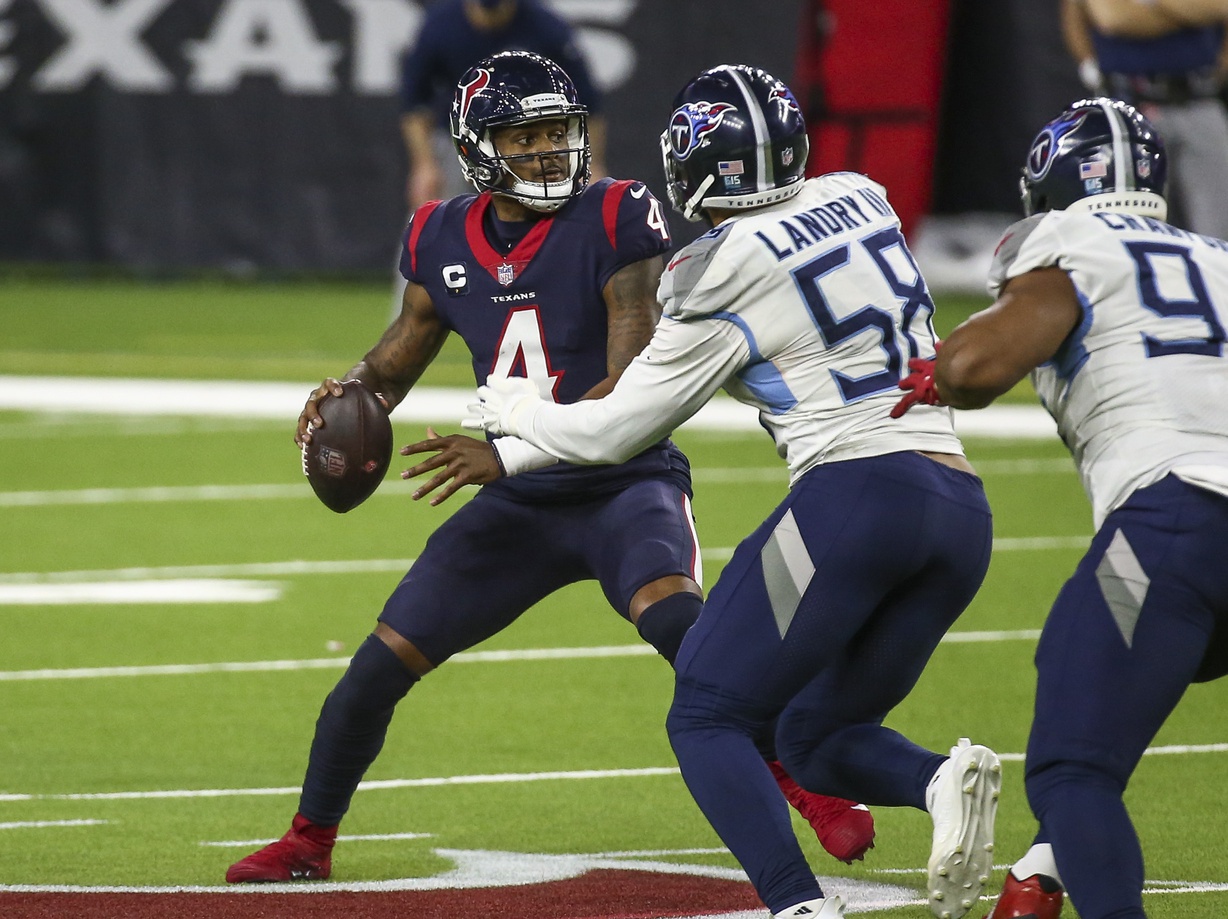 The Houston Texans won the AFC South division four times in a five-year stretch from 2015 to 2019. In 2019, they were up 24-0 against the Kansas City Chiefs at the start of the second quarter before being outscored 51-10 the rest of the way. That devasting collapse was just a sign of things to come for the franchise as they followed up a 10-6 season with a 4-12 season and then proceeded to lose a ton of key players via trade, free-agency or assault allegations. Not many people can say for certain if Deshaun Watson will be under center for the Texans to start Week 1, let alone the entire season, but he’s essentially their best player and best shot at not losing 13 or more games.

The Texans will open their season on September 12 with a home date against the Jacksonville Jaguars. From there, the Texans will travel to Cleveland for a game against the Browns, then return home to take on the Carolina Panthers. Week 4 sees the team fly to Buffalo for a date against the Bills before returning home to face the Patriots. From there, Week 6, 7 and 9 are on the road at Indianapolis, Arizona and Miami, with a Week 8 game at home against the Rams scheduled for October 31. Given all the turmoil and uncertainty surrounding the Texans’ roster, that sounds like a 2-7 start at best.

Will he, or won’t he? That’s the main question and concern surrounding Watson. All off-season we have heard about the allegations of sexual misconduct from several women, including personal massage therapists. Nothing has come of it yet, but I feel like the outcome is lurking and that the outcome is not going to be pretty. Did I mention that he also wants to be traded out of Houston? Yeah, so the quarterback situation is a little murky right now in Houston, but there’s no denying that Watson’s talent gives the team the best chance to win football games. If he’s not under center, the team will need to rely on Tyrod Taylor or Jeff Driskel to win football games.

Taylor has ample experience starting games in the NFL, but he’s not the guy you want leading your offense, especially when it’s void of any true standout talent. And Driskell, well he’s a career backup and not really a viable option unless you tank for the first overall pick right out of the gate.

So, who is going to find the endzone for the Texans? Well, the onus will fall on Brandin Cooks and Mark Ingram to lead the way.

Cooks is coming off a season in which he caught 81 balls for 1,150 yards and six touchdowns. Those numbers are great and all, but that was with Watson. If he can’t find chemistry with Taylor, then the Texans’ offense is going to stink even more than last season.

As for Ingram, he comes over to Houston from Baltimore and should be a very good option to rely on out of the backfield once David Johnson finds himself on the IR (not wishing that upon him, but very likely). Ingram is coming off a season in which he was used sparingly in Baltimore, rushing just 72 times for 299. To say he’s fresh would be an understatement. Or he could very well be rendered useless, and we just haven’t quite figured that out yet. Either way, he’ll need to contribute to the cause if the Texans want to win any ball games this season.

Defensively, the Texans were a disaster last season. They continuously let the offense down and gave up a boatload of points on a consistent basis. The Texans ranked 27th in the league in terms of points allowed per game, giving up 29 per contest. They were dead last in the league in stopping the run, giving up 160.2 rushing yards per game and were just as bad through the air as they ranked 24th in passing yards allowed per game at 256.5. The defense as a unit lost its best player in J.J. Watt in the offseason. And with the offense not being very good, I don’t see how the defense will get up for every game and play to their full ability. It’s going to be a long year in Houston for the lowly Texans. As for special teams, the Texans will rely on Ka’imi Fairbairn to kick extra points and field goals, and he’s been a steady source of points for the team when called upon.

What’s there to like about this team? They’ve gotten rid of DeAndre Hopkins and J.J. Watt over the course of the last season and a half, and now their franchise QB has off-field issues and wants to be traded out of Houston. The defense was atrocious, and the offense figures to be no better. How can you trust a team with this many issues? The Texans have the ability to get blown out every game or backdoor cover a few games they have no business even being in. I’m fading these guys until they prove to me they can play somewhat decent football.