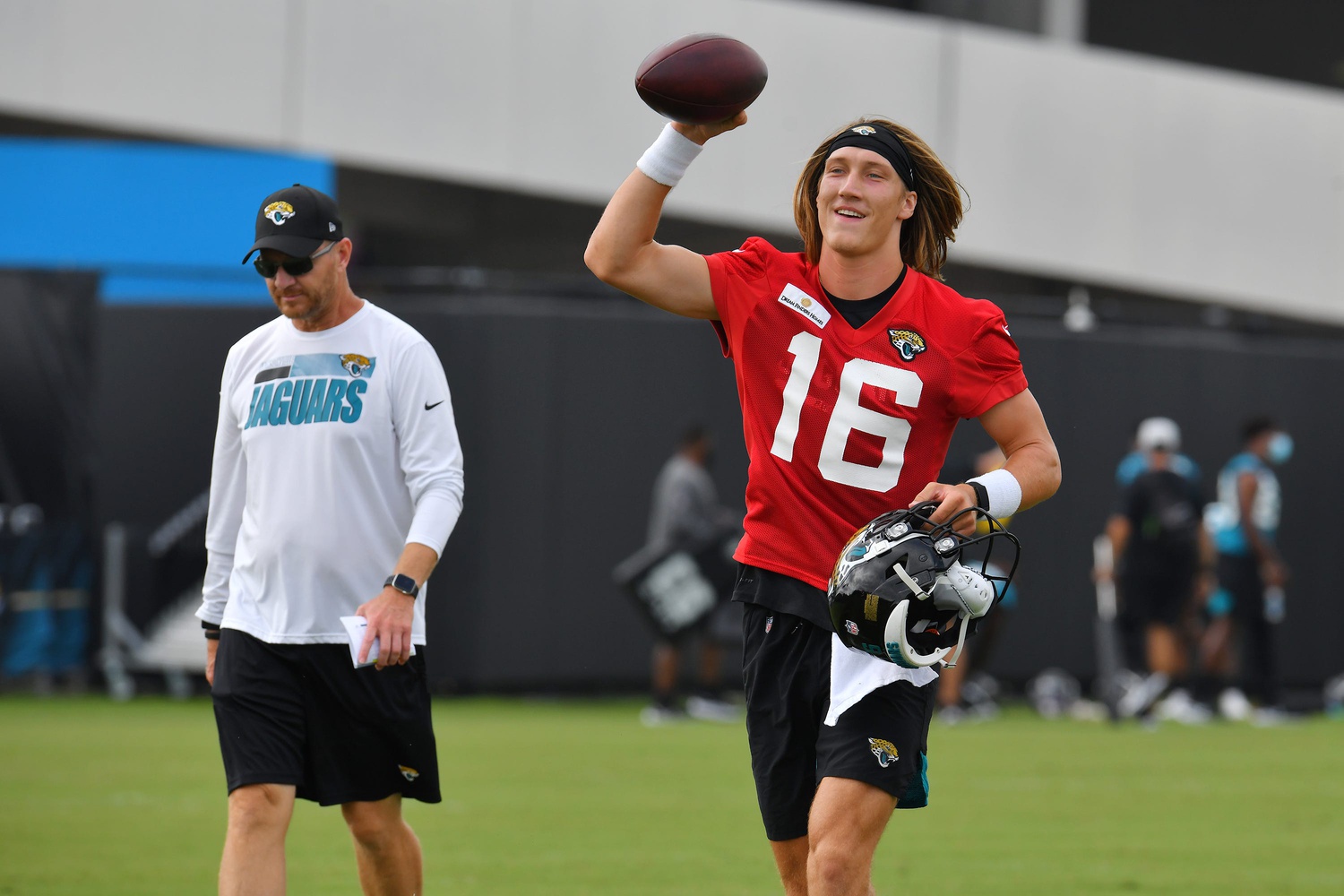 I don’t know about you, but the Jaguars’ trip to the AFC Championship Game seemed like it happened 40 years ago. However, it happened in 2017, which was just three seasons ago. Since that collapse at Foxboro, the Jaguars have not recovered. They’ve shipped out just about every good player they had and finished with five, six and one win in the following seasons. Last year’s one-win team landed them Trevor Lawrence, which is great, but the team as a whole is still a unit that needs a ton of work to get into the playoff conversation.

The Jaguars open their season on September 12 with a trip to Houston to take on the Texans. From there the Jags return home for a two-game homestand that will see the Broncos and Cardinals come to town. After that, it’s a trip to Cincinnati before returning home in Week 5 to host the Titans and Dolphins before their Week 7 bye. For a team that’s debuting a rookie quarterback, the early portion of the schedule does them no favors as I see just two winnable games.

It’s always easy to start with naming the quarterback as a key player for the season. The Jags will need Lawrence to be every bit as good as advertised when they drafted him first overall. I’m sure by now we all know about Lawrence’s nearly immaculate record and accomplishments through high school and at Clemson. I won’t bore you with those. What I will say about Lawrence is that everything he’s said and everything I’ve seen of him throughout the offseason tells me he’s ready to make an immediate impact for the Jags, and he’s going to demand greatness out of his teammates -- I see them buying in.

From a help perspective, Lawrence will have a group of wide receivers that are a mixed bag in terms of pure talent. The best of the bunch has to be DJ Chark. The second-round pick out of LSU in 2018 has 1,714 receiving yards over the course of the last two seasons and 13 touchdowns. Keep in mind he’s been playing with the likes of Blake Bortles, Gardner Minshew and Nick Foles for a brief period, so he hasn’t really had a gunslinger to work with. Lawrence fits the bill, and the two youngsters should be able to find a real nice chemistry and produce at a solid clip.

However, while the passing attack should be better, the Jags will need the run game to produce and keep the defense honest. James Robinson burst onto the scene last season with 1,070 rushing yards on 240 attempts. The backfield does feature guys like Carlos Hyde and Lawrence’s Clemson teammate, Travis Etienne Jr., but the starting job is Robinson’s to lose.

Defensively, the Jaguars were a complete disaster. They simply couldn’t stop anyone from scoring as they gave up 30.8 points per game, which was good enough for 31st out of 32 teams. They were equally as bad against the run and pass. The rushing defense ranked 29th in the league as they gave up a whopping 153.6 yards per game, while the passing defense was no better, sitting 27th in the league at 264.5 passing yards allowed per contest. I’m no rocket scientist, but something tells me that ranking in the bottom five of those three categories is how they ended up with Trevor Lawrence. The defense will need to play much better if the Jags want to sniff around six or seven wins. If not, the team could be heading for another Top 3 draft pick in next year’s draft. As for special teams, the Jags will rely on Josh Lambo to do the kicking of extra points and field goals. And while he’s had a solid career so far, he’s proven that he can be a bit wobbly and void of confidence in spurts. The Jags can’t afford to leave points on the board in a season which they need a lot of things to fall kindly for them.

I almost went an entire article without mentioning the Jaguars coaching situation, but that was on purpose. Having a competent head coach his crucial to any team’s success, especially one that features a highly drafted rookie quarterback. Urban Meyer, while making his NFL coaching debut, is just the coach you want calling the shots with a young and inexperienced team. I know it’s not college, but his game planning and schemes should be just what the Jags personnel need to succeed this season. I’m not saying they are a playoff-caliber team, but they likely won’t finish among the bottom five teams in the league, and Lawrence should impress in his rookie campaign.