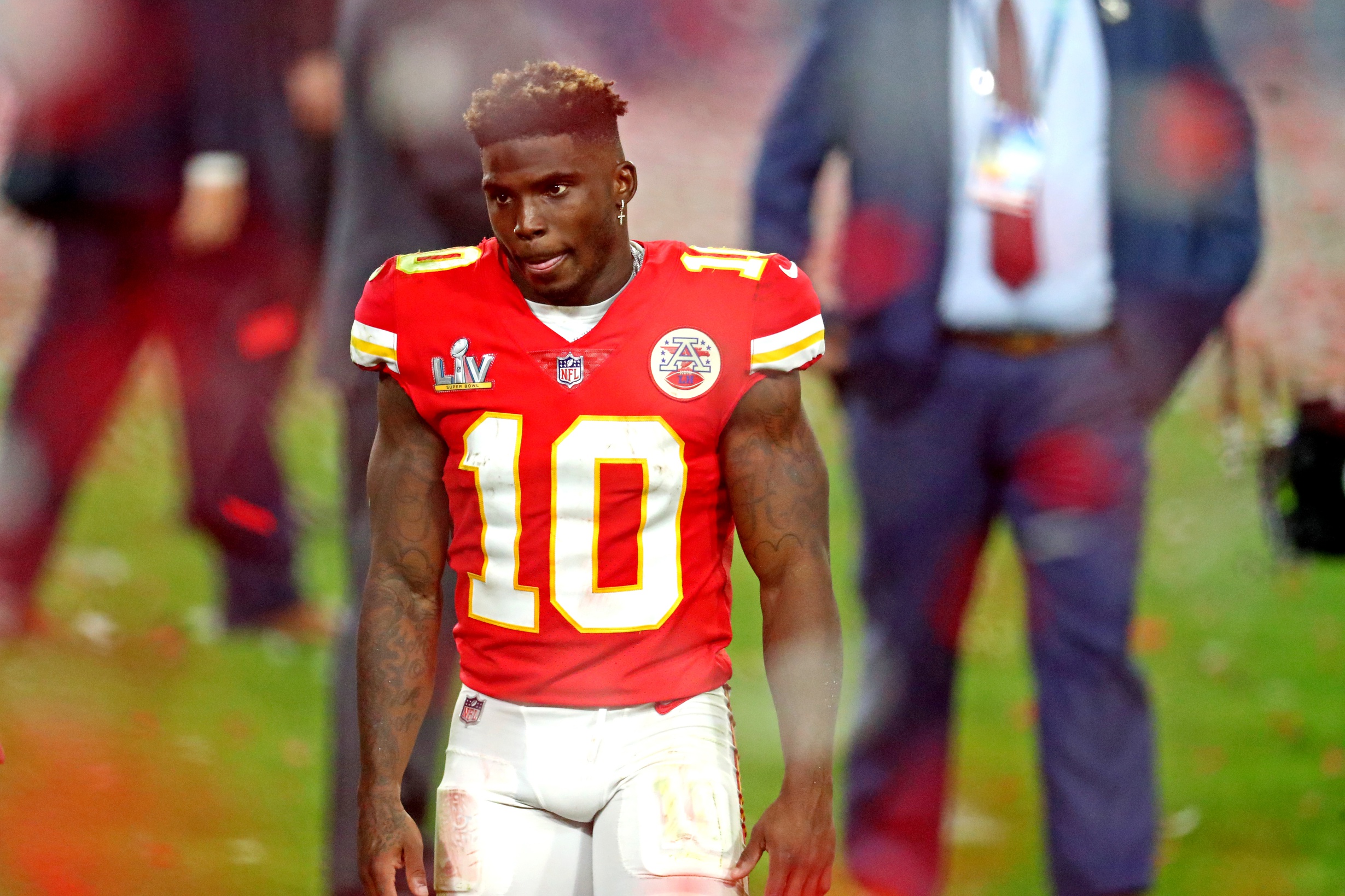 Perhaps on a different night or at a different venue, the Chiefs would have continued their dynasty and won back-to-back Lombardi Trophies. Last year, at Raymond James Stadium, the home of their opponent, the Tampa Bay Buccaneers, the Chiefs fell 31-9 in what was never really a close game. The offense struggled to generate anything due to a depleted offensive line, and the defense couldn’t hold it together long enough to keep the Chiefs in the game. So, where do the Chiefs go from there? Well, with Patrick Mahomes, Tyreek Hill, and Travis Kelce all returning for another season together, the likeliest of answers is “back to the Super Bowl”

The Chiefs open up their schedule on Sunday, September 12 at home against the Cleveland Browns. From there the Chiefs travel to Baltimore to take on the Ravens before returning home in Week 3 to host the Eagles. Three of their next four games will be away from Arrowhead Stadium, with stops in Philadelphia (Week 4), Washington in Week 6 and Tennessee in Week 7. The Week 5 game is home to the Buffalo Bills. The Chiefs don’t have their bye week until Week 12, and those first 11 games are very tough as they play a bunch of good teams and playoff-caliber teams.

As of writing this, the Chiefs are the betting favorites to win their second Super Bowl in three seasons as they check in at +450. Unsurprisingly the Chiefs are also favorite to win the AFC at +240 and the AFC West at -280

I am running out of superlatives to describe the play of Mahomes. Sure, he may not have had his greatest game in a Chiefs uniform in last year’s Super Bowl when his team needed him the most, but he was running for his life the entire game. Mahomes followed up an MVP season in 2018 with a solid 2019 and an even better 2020. Last year he threw for 4,740 yards, 38 touchdowns and six interceptions. He was “the” player to watch last season as every time he dropped back to pass, you knew something good was going to happen. The Chiefs will need him to continue to play like he can if they have any hopes of reaching the Super Bowl for the third straight season.

The Chiefs will also need the likes of Hill and Kelce to continue to play like Pro-Bowl caliber players and produce the gaudy numbers we’ve grown accustomed to. For Hill, he’s coming off a season in which he caught 87 balls for 1,276 yards, which was up 416 yards from the year they won the Super Bowl. He also found the endzone 15 times in 2020, which was a career-high. Those numbers mean Hill has now gone over the 1,110 receiving yard mark three times in the last four years, and he doesn’t look like slowing down.

As for Kelce, he’s among the best tight ends in the game, and he’s coming off a year in which he had 105 catches for 1,416 yards and 11 touchdowns. That means he’s now gone over the 1,000-yard receiving mark in five straight seasons and hit double-digit touchdowns in two of the last three seasons. Again, Kelce is showing no signs of slowing down, which is great news for the Chiefs and their fan base.

Defensively, The Chiefs were better last season than they were when they won the Super Bowl, and that is somewhat surprising for a team that was blown out in the Super Bowl. The Chiefs gave up just 22.6 points per game, which was good enough for 11th overall in the league. They were mediocre against the run as they ranked 21st in the league and gave up nearly 122 rushing yards per contest. The pass defense was a little more respectable as they finished in the upper half of the league – 15th overall – giving up 236.4 passing yards per game. I guess when you have the offense that the Chiefs have, the defense doesn’t need to be perfect every game in order to help the team win ball games. However, as we saw in last year’s Super Bowl, if the offense isn’t clicking the defense needs to pull its weight and keep the game close, which it failed to do. There is only one way to go from here, and that’s up for a defensive unit that is the liability on this great team. As for special teams, the Chiefs will rely on Harrison Butker to kick extra points and field goals, and he’s been nothing but consistent for the Chiefs during his tenure.

The Chiefs are the team to beat in the AFC. They check all the boxes in terms of offense, defense, special teams, coaching and intangibles. If there was a box that was only half-checked, it would be the defense, as they are going to need to be better than they were last year to help pick up the slack should the offense struggle for whatever reason. A top seed and home-field through the playoffs is very likely, and a third straight year in the Super Bowl seems more likely to happen then not.