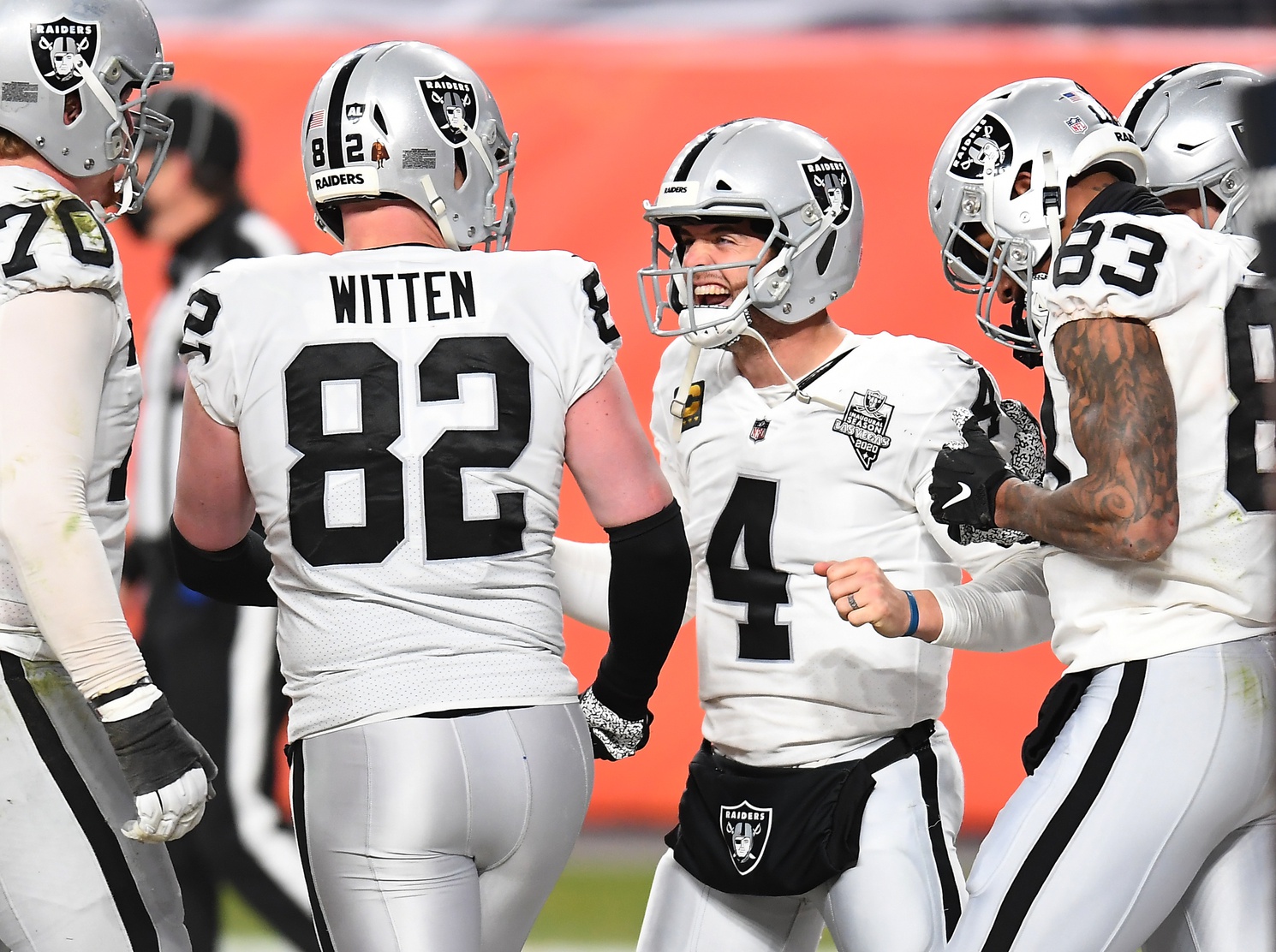 That’s the Raiders’ motto. And to be completely honest with you, they haven’t done much winning since they lost in the Super Bowl to the Tampa Bay Buccaneers back in 2002. Since then, the Raiders have finished above .500 just one time, and that was in 2016 when they finished second in the AFC West with a 12-4 record and then lost to the Texans in the wild-card round. The Raiders finished last year with an 8-8 record despite having aspirations of getting back to the postseason for the first time in three seasons. The defense really let the team down, and much of the same is expected this year.

The Raiders’ first 10 games of the season have them alternate between home and away. They get their season started at home on Monday Night Football (September 13) vs the Ravens. They then host the Dolphins (Week 3), Bears (Week 5), Eagles (Week 7) and Chiefs (Week 10). In between those home games, the Raiders travel to Pittsburgh in Week 2, Los Angeles to face the Chargers in Week 4, Denver in Week 6 and New York to play the Giants in Week 9. Week 8 is their bye week. That’s a lot of back-and-forth travel for a team that was brutal on the road last season. As of writing this, the Raiders are outsiders to win the Super Bowl, checking in at +6000. They are +3000 to win the AFC and +1600 to win the AFC West.

You can’t knock Derek Carr for being durable. Carr has started all 16 games in five of his seven seasons in the league. And the two that he didn’t play all 16, he started in 15 of them. He’s been the face of the franchise for seven seasons, but he doesn’t really have anything to show for it. Sure, he’s eclipsed the 4,000-yard passing mark in each of the last three seasons, with 27, 21, and 19 touchdowns, respectively. The problem is that Carr very rarely has help in terms of good wideouts or a rushing attack he can rely on. He always tries to overcompensate for the defensive woes, and it never really works out for him. If Carr was playing behind a good defense, just once, the Raiders would be in good hands and would be able to make some noise in the wild-card race.

So, who needs to step up on offense for the Raiders? Well, Josh Jacobs is a good place to start. Jacobs, the first-round pick in 2019 by way of Alabama, has had a very good start to his NFL career. He’s rushed for 1,000+ yards in each of his first two seasons, including 1,065 yards and 12 touchdowns last season. He’ll be relied upon to carry the load in the run game and keep the defenses honest and from living in the Raiders’ backfield.

As for Darren Waller, he burst onto the scene last season in Vegas as he contributed tight-end one numbers in the fantasy world. He caught 107 balls n 145 targets for 1,196 yards and nine touchdowns. That was his second consecutive 1,000+ yard receiving season in a row, and he’s primed for a similar season this year.

Defensively, the Raiders were an absolute tire fire last season. They were among the bottom third in every major category and simply couldn’t stop even the worst of offenses. As a unit, the Raiders gave up 29.9 points per game, which was third-worst in the entire league. Teams could essentially run and pass on them at will as they were 24th at stopping the run, giving up 125.7 rushing yards per game, and 26th against the pass, allowing 263.5 yards through the air. For a team led by Jon Gruden and for a team that wants to be “tough to play against” (which team doesn’t?), the Raiders were easier to slice through than warm butter. And unlike the Chiefs, who had a poor defense, the Raiders’ offense is not built to bail them out of high-scoring games. There is only one place to go from here, and that’s up. However, the Raiders desperately need to play better defense. As for special teams, the Raiders will rely on unknown kicker Dominik Eberle to do the extra point and field goal kicking duties. Only time will tell if the Raiders will be in the hunt for a proven kicker after Week 3 or 4.

The Raiders could be a good team in this league if they had these two things going for them. The first is the defense. If they can find some semblance of a respectable defense that ranks in the upper third of the league, the offense can be good enough to win a bunch of football games. The other is the division. With KC at the peak of its run and the Chargers hot on their heels, the only way for the Raiders to get into the playoffs is through the wild-card spot. Are they better than teams like Cleveland/Baltimore, Tennessee/Indy, Buffalo/Miami/New England or the Chargers in the AFC West? I don’t think so. So that means no playoffs for the Raiders this season, which sucks because it’s always a sideshow when Jon Gruden is involved.