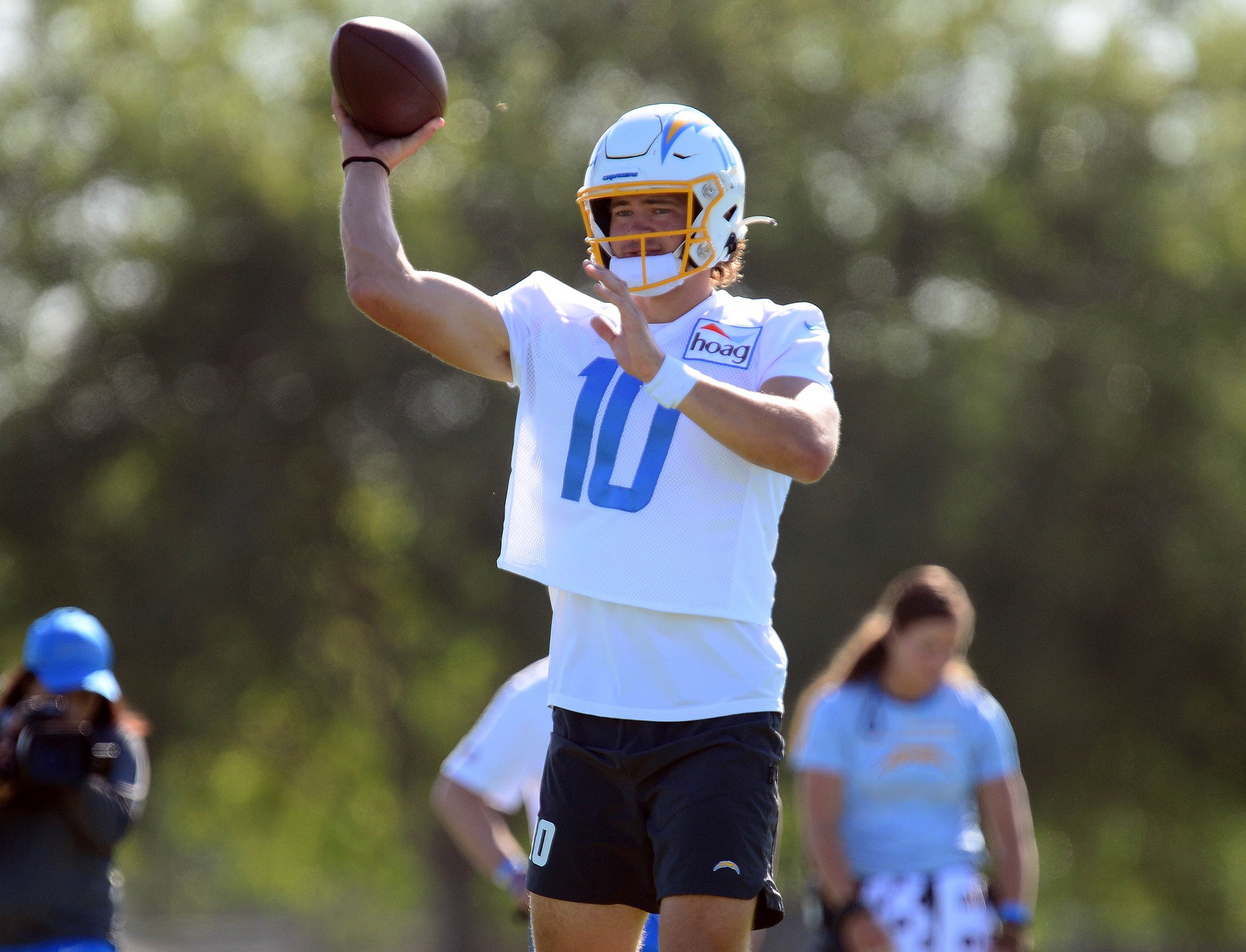 Not since the early 2000s have the Chargers had any real success to be proud of. In those days, they were led by Philip Rivers and LaDainian Tomlinson and coached by Norv Turner. The only issue is that the height of the Chargers’ success was a trip to the AFC Title Game in 2007, where they lost to the Patriots. Since then, they’ve had only six winning seasons and have been an afterthought in the division thanks to the emergence of the Kansas City Chiefs. Will this be the year the Chargers turn things around and get back to the postseason? Well, the pieces are there to do so, but it all depends on how well they handle the 11 non-division games because I don’t think they are good enough to catch the Chiefs for the AFC West crown.

The Chargers open their season on September 12 with a trip to Washington to take on the Football Team. From there, they return home to tangle with the Cowboys before heading back on the road for a critical division showdown against the Chargers. In Week 4, the Chargers host the Raiders on Monday Night Football before hosting the Browns six days later. A trip to Baltimore in Week 6 comes right before the Week 7 bye.

Coming into last year, Justin Herbert had big shoes to fill. He was not only a very high draft pick (sixth overall in 2020) but he was replacing a franchise legend in Philip Rivers. To say Herbert stepped in and performed admirably in his rookie campaign would be an understatement. Herbert won the Rookie of the Year award and helped his team a respectable 7-9 season in what was a “rebuilding” type season. Herbert was accurate and efficient as he completed 66.6 percent of his passes and racked up 4,336 passing yards with 31 touchdowns and just 10 interceptions. We know Herbert has to cut that interception number in half. However, with a year of experience under his belt, we believe Herbert has the talent to do so. Herbert also added 234 yards rushing and five touchdowns to his resume, so he can do a little bit of everything.

Herbert will need to enjoy the similar production he had from guys like Keenan Allen and Austin Ekeler. Allen missed two games last season but was still his usual self, catching 100 balls for 992 yards. Had he played in those two games, Allen would have easily eclipsed the 1,000-yard receiving mark for the fourth straight season. Allen contributed with eight touchdown catches last year. And with Herbert set to take another step forward and the chemistry developing even more between the two, look for Allen to hit that 1,000-yard mark and double-digits with touchdown receptions.

As for Ekeler, he’s a guy who will be relied upon to do big things out of the backfield. He’s never been a lead back by any stretch of the imagination, but he’s talented enough to be that guy. He suffered through injuries last year and only started 10 games, so a bounce-back season is in store for the product out of West Colorado.

Defensively is where the Chargers had all their issues. They were not a very reliable unit and often hung the offense out to dry. The Chargers ranked 23rd in the league in terms of points allowed, giving up 26.6 points per game. They were better against the pass as they ranked ninth overall, giving up just 223.6 passing yards to the opposition. Against the run, they struggled, allowing teams to run for 119 yards per contest, which had them all the way down in 18th. The Chargers will be hoping they can get through this season healthy on defense as they were dealt many injuries last year on the defensive side of the ball. If the Chargers’ defense can step up their level of play, the team could be well on their way to a Wild Card spot for the upcoming postseason.  As for special teams, the Chargers will rely on Michael Badgley to handle the kicking duties. And if there is one team that knows about inconsistent kicking, it’s the Chargers fan base. Hopefully, Badgley can provide consistency and not cost his team any games.

The Chargers are the second-best team in the AFC West. They need to play like it. The Chargers’ only hope for a playoff spot is via the Wild Card, because I don’t see Kansas City giving up the division crown this year. The Chargers have great pieces on both sides of the football; they just need to not beat themselves and stay healthy. I like Herbert and Allen as players, so I’ll be rooting for them to make the playoffs this season.