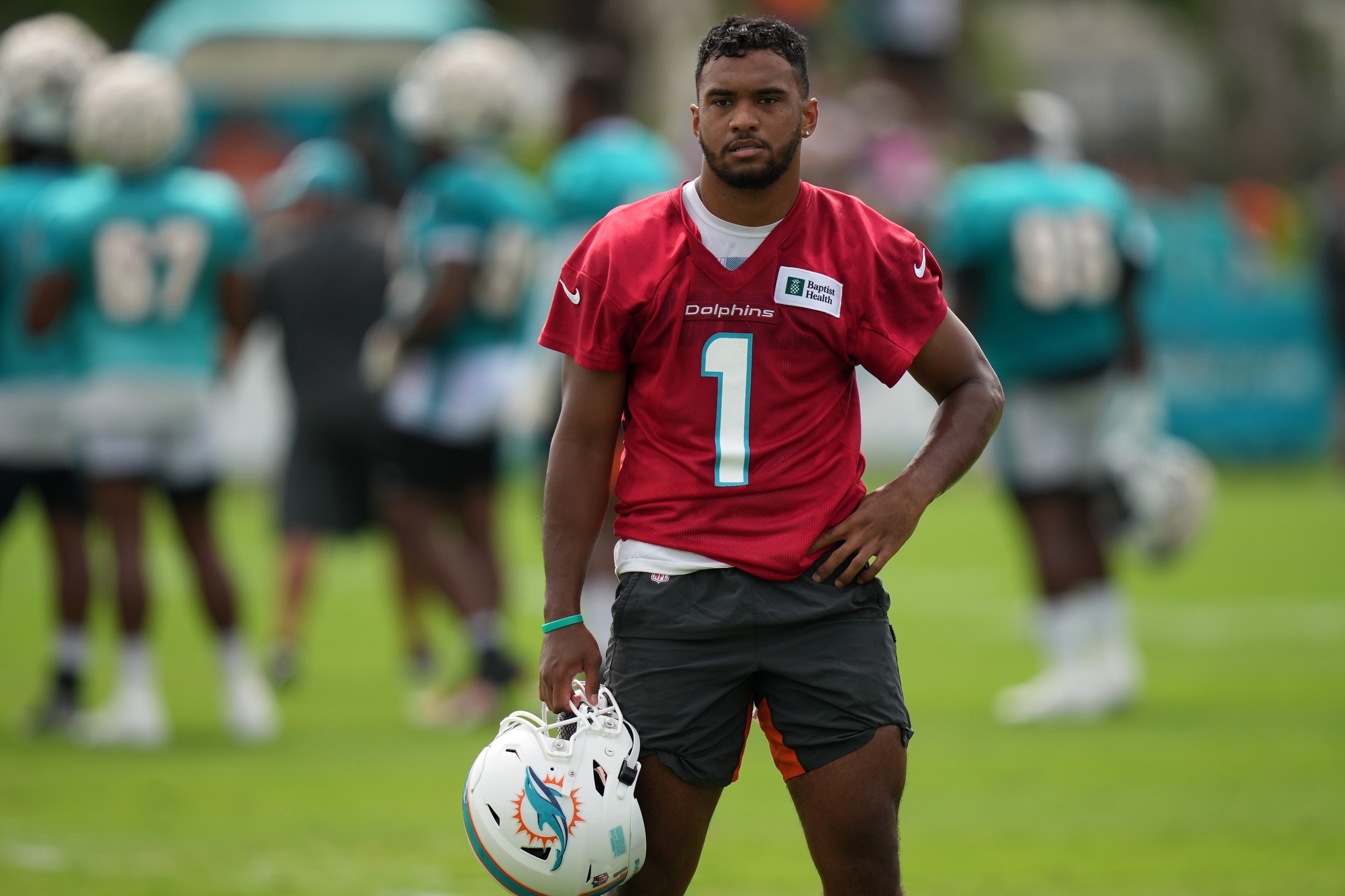 Since 2002, the Miami Dolphins have made the postseason just twice. It happened once in 2008 where they lost to the Baltimore Ravens in the Wild-Card Game and the second time in 2016 when they were blown out by the Pittsburgh Steelers in another Wild-Card contest. Since that loss, the Fish have suffered three losing years in four seasons, with the exception being last year’s 10-6 finish, which had them on the outside of the playoffs looking in. Do the Dolphins have enough offensively to compete in the AFC and claim one of the wild card spots? My gut instinct says they do, but it will likely come down to the last week or two of the season. Buckle up for what should be a rollercoaster of a season in Miami.

The Dolphins kick off their 2021-22 campaign with a trip to Foxboro to take on the New England Patriots. From there, the Dolphins return home to face the Bills then are on the road in Week 3 at Las Vegas to take on the Raiders. Week 4 has them hosting the Colts before hitting the “road” with road games in Tampa and Jacksonville. The Dolphins don’t have their bye week until Week 14. And prior to that, they have very winnable games on the docket against the likes of the Giants, Panthers, Jets, Texans and Falcons. As of writing this, the Dolphins are a “sexy” pick to win the Super Bowl as they check in at +2500. They are +1400 to win the AFC and +300 to knock off the Bills and snatch the AFC East division crown.

The jury is still out on what to expect from Tua Tagovailoa at the NFL level. He started 10 games last season and managed to complete 64.1 percent of his passes for 1,814 yards and 11 touchdowns. There were times when Tagovailoa looked dominant, but there were times where he looked like a rookie in over his head. This season, Tagovailoa is the undisputed starter. And with first-team reps and an entire offseason under his belt, we expect the first-round pick out of Alabama to make a big splash this season. Tagovailoa has been given plenty of weapons on offense to work with, and we see big things from him coming this year.

The guys Tagovailoa will be depending on are DeVante Parker and Jaylen Waddle. Parker has been a Dolphin since getting drafted by them in 2014. He’s yet to break out in a big way as he’s managed just one 1,000+ yard season and no double-digit touchdown seasons. However, this could be the year if he stays healthy. Parker and Tagovailoa developed a nice little chemistry to end the season last year, so that could carry over. And now with the addition of Will Fuller and the rookie, Jaylen Waddle, defenses can ill-afford to shade coverage to Parker’s side of the field. I expect a solid season for the product out of Louisville.

As for Waddle, he’s been highly touted of out college but is coming off an injury-riddled season in his last year at Alabama. It will be interesting to see if he can put the issues behind him and contribute right away and have a good career. His talent is there, but only time will tell if it can translate at the pro level.

Defensively, the Dolphins were your classic bend-but-don’t-break unit. They were extremely poor at defending the pass as they allowed teams to accumulate 251.5 passing yards per contest, which was good enough for 22nd best in the league. Against the run, the Dolphins were a bit better, ranking 16th in the league as they gave up 116.4 yards per contest. Somehow, the Dolphins were the sixth-best defense in terms of points allowed, as they gave up an average of 21.1 points per contest. If the defense can replicate the points allowed number again and improve on both the run and pass defense, with the Dolphins offense set to take a step forward, there could be some positive results brewing in Miami. As for special teams, the Dolphins will rely on Jason Sanders to kick extra points and field goals. He was very consistent last season, so the Fish will be hoping he can replicate the same success.

The offense figures to take a few steps forward with the offseason additions of Will Fuller and Jaylen Waddle. Tagovailoa is now the No. 1 quarterback with no one breathing down his neck. The defense will need to play at a high level again this season and get a few more stops than they managed last year. Ultimately, I believe this is a team that can compete for a Wild-Card spot as I don’t think they are on the Bills level in terms of competing for the AFC East title.