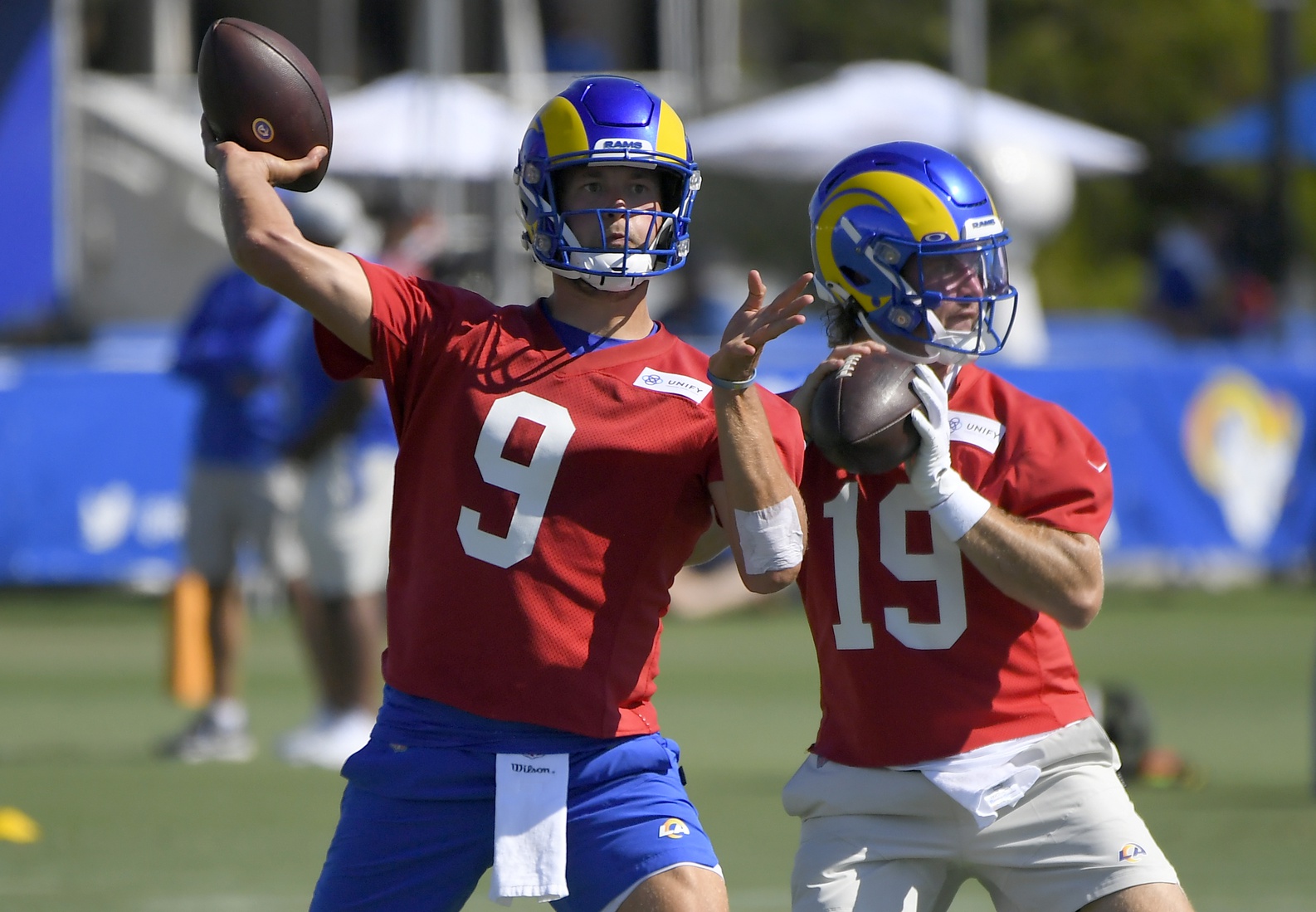 It seems like the other day I was watching one of the worst Super Bowls I’ve ever witnessed when the Rams took on the Patriots and lost 13-3. In that game, both teams couldn’t do a lick in terms of getting the offense going. And with how high-flying the league has become, it was like going back in a time machine to 1943 where scores were consistently low. Since that Super Bowl loss, the Rams have gone 9-7 and 10-6, respectively, with a loss in the divisional playoffs last year to the Packers. However, those seasons felt like the Rams took a step back in terms of production, and I think they thought the same thing as they decided to shake up the roster and trade Jared Goff for Matthew Stafford. Only time will tell if that trade will pay off for them, but I for one am a fan of the move.

The Rams open up their season on Sunday, September 12 with a home date against the Chicago Bears on Sunday Night Football. From there, the Rams head to Indianapolis to tangle with the Colts then come home for two games against the Buccaneers and Cardinals, respectively. Week 5 and Week 6 see them head to Seattle and New York to take on the Giants. The Rams don’t have their bye week until Week 11, and that is sandwiched in between road games at San Francisco and Green Bay.

If there is a quarterback in the league that is deserving of a deep playoff run, its Matthew Stafford. He has consistently been one of the better quarterbacks in the league, and he’s now being rewarded with weapons surrounding him on offense and a defense that can finally pull their weight. Stafford is coming off a season in which he completed 64.2 percent of his passes for 4,084 yards, 26 touchdowns and 10 interceptions. The touchdown and interceptions stats will have to be better this season, but I expect Stafford to be rejuvenated after the trade. And with good pieces around him on offense, he will have a solid season under center.

If that’s to happen, Robert Woods is going to have to come out and have a big season for the Rams. Woods has been a very reliable wide receiver for the Rams as he’s topped the 1,000-yard receiving mark in two of the last three seasons and has caught at least 86 balls in those seasons. He’ll have to be the man for the Rams as Cooper Kupp is coming back off an injury. I believe Woods can become that go-to receiver for Stafford and have a nice season.

Also, it will be very important for whatever running back is behind Stafford to have a good season. Right now, Darrell Henderson Jr. is the feature back, but Cam Akers is right there knocking on the doorstep. Neither player had a standout season last year. However, if the Rams can get solid production out of the two, the Rams’ offense will be okay.

Defensively, the Rams were as solid a defensive unit as you could find in the league last season. They topped the league in terms of points allowed per game, giving up just 18.5 points per game. The Rams were buoyed by a very stout run defense that ranked third in the league, allowing opposing teams to run for just 91.2 yards per contest. Through the air, the Rams were just as good, ranking first in the league in passing yards, allowing just 190.7 yards per contest. The Rams defense did everything in its power to help the team and propel them forward. However, injuries to the offense derailed the season in a hurry. The defense is another year older and more experienced. And with the same pieces in place, the Rams‘ defense should once again be tops in the league.  As for special teams, the Rams will rely on Matt Gay to do the kicking. And as an unknown commodity, the Rams will hope he has what it takes to hit extra points and field goals on a consistent basis.

The Rams are a team that is trending upwards. They have a much better quarterback now than they did the last two years, and the defense figures to be the same dominant units it has been for the last handful of years. The division is very much within the Rams’ grasp, so I expect a very focused and motivated Rams team for the entire season. I do believe this is a playoff team, and I’ll be rooting for Stafford to do well.